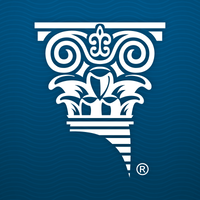 What are the highest paying jobs at Federal Reserve Bank of Atlanta?

The Atlanta Fed covers the U.S. states of Alabama, Florida, and Georgia, the eastern two-thirds of Tennessee, the southern portion of Louisiana, and southern Mississippi as part of the Federal Reserve System. Along with its Atlanta headquarters, the Banks operates five branches with the sixth district, which are located in Birmingham, Jacksonville, Miami, Nashville, and New Orleans. These branches provide cash to banks, savings and loans, and other depository institutions; transfer money electronically; and clear millions of checks.

In addition to supporting the U.S. financial system, the Atlanta Fed carries out the supervision and regulation of the banks operating within the sixth district. It also is a source of research and expertise for public and private decision makers within the district. In recent years, researchers within the Atlanta Fed have innovated new tools to gauge the health of the macro U.S. economy, the two most notable are GDPNow and Wage Growth Tracker.

The Atlanta Fed is currently led by Dr. Raphael Bostic, who was appointed in 2017 and is member of the Federal Open Market Committee, the committee that makes key decisions about interest rates and the growth of the United States money supply.
Total value of jobs:
$4,895,000
Average Pay:
$113,837
Total Experts:
2
% Masters:
44%