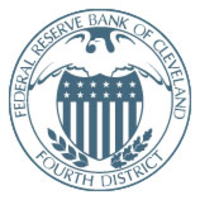 What are the highest paying jobs at Federal Reserve Bank of Cleveland?

The Federal Reserve Bank of Cleveland is the Cleveland-based headquarters of the U.S. Federal Reserve System's Fourth District. The district is composed of Ohio, western Pennsylvania, eastern Kentucky, and the northern panhandle of West Virginia. It has branch offices in Cincinnati and Pittsburgh. The check processing center in Columbus, Ohio, was closed in 2005. The chief executive officer and president is Loretta Mester.

The bank building is a 13-story 203 foot high-rise, located at Superior Avenue and East 6th Street in downtown Cleveland was designed by the Cleveland firm of Walker and Weeks and completed in 1923. Its exterior architecture emulates an Italian Renaissance palazzo, is clad in pink Sienna marble. An extension to the building designed by HOK was completed in 1998, providing new facilities for check processing and cash handling. The building is listed on the National Register of Historic Places.

Its original 100 short tons bank vault door is the largest in the world. The door casting itself was 20 short tons. It incorporates the largest hinge ever built. The hinge has an overall height of 19 feet and weighs over 47 short tons fully assembled. The vault's use was discontinued in 1997, though it is preserved intact for posterity.

Federal Reserve Bank of Cleveland Job Search in US and Canada

Top Jobs at Federal Reserve Bank of Cleveland by City

8 high paying remote jobs you can get right now (and how to get hired there)
Sara London
7 ways to manage the effects of job search fatigue
Rolf Bax
Have you been the victim of 1 of these 7 cases of wrongful termination?
AnnaMarie Houlis
Ladders / Company / Federal Reserve Bank of Cleveland