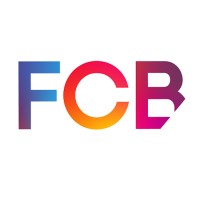 What are the highest paying jobs at FCB Global?

Foote, Cone & Belding, a.k.a. FCB, is one of the largest global advertising agency networks. It is owned by Interpublic Group and was merged in 2006 with Draft Worldwide, adopting the name Draftfcb. In 2014 the company rebranded itself as FCB.

Parent Interpublic Group is one of the big four agency holding conglomerates, the others being Publicis, WPP, and Omnicom.

FCB Global Job Search in US and Canada

Get paid to dream at work: This company will pay you to nap
Sara London
The average salary of a Chipotle general manager is $100K — and they’re hiring
Kyle Schnitzer
Amazon is now hiring 75K workers — and offering some $1K bonuses
Kyle Schnitzer
Ladders / Company / FCB Global