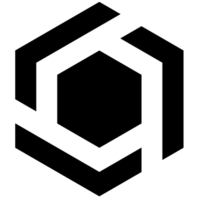 What are the highest paying jobs at Fathom Computing?

Fathom Events is an entertainment content provider that broadcasts entertainment events in movie theaters throughout the US including Metropolitan Opera Live in HD, the performing arts, major sporting events, and music concerts.

The company was spun out of National CineMedia in 2013 to focus on live performances that National CineMedia had started presenting; the parent company remained focused on producing advertising for movie theaters, which had been its original business. Fathom Events is owned by AC JV, LLC., a joint venture of AMC Entertainment Inc., Cinemark Holdings, Inc. and Regal Entertainment Group, the three largest movie theater circuits in the United States.

John Rubey was Fathom Events' first CEO and was previously President of AEG-TV and Network LIVE.

In 2014 The Theatre Museum Awards honored Fathom Events with the Awards for Excellence in Theatre History Preservation.

In 2015, Fathom Events was named "Best Distributor in the Americas" and received eight box office awards by the Event Cinema Association.

Ray Nutt became CEO of Fathom Events in 2017 and was previously Senior Vice President of Business Relations for Regal Entertainment Group, where he sat on the Board of Directors for Fathom. Prior to that, he grew business for Regal CineMedia and United Artists Theatres.
Total value of jobs:
$125,000
Average Pay:
$125,000
Total Experts:
2
% Masters:
25%