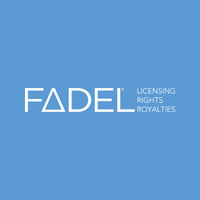 What are the highest paying jobs at Fadel Partners?

Rent-A-Center is an American public furniture and electronics rent-to-own company based in Plano, Texas. The company was incorporated in 1986 and as of 2014 operates approximately 2,972 company-owned stores in the United States, Puerto Rico and Mexico, accounting for approximately 35% of the rent-to-own market in the United States based on store count.

In 2014, Fortune Magazine listed Rent-A-Center at number 711 on the Fortune 1000 list of the largest U.S. corporations, based on revenues alone.

Fadel Partners Job Search in US and Canada

How to answer “What’s your desired salary?” (with 8 best responses)
Jessica Li
You have a “great” job offer… now what?
Kayla Duperreault
Do personality tests make it harder to hire the right person?
Sara London
Ladders / Company / Fadel Partners