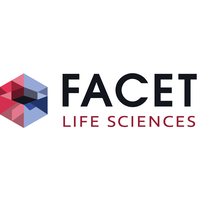 What are the highest paying jobs at Facet Life Sciences?

PDL BioPharma is a publicly traded American holding company that since 2008 manages patents and other intellectual property that had been generated by the company. In 2008 in response to shareholder pressure, PDL spun out its active development programs to a company called Facet Biotech that it capitalized with $400 million.

Protein Design Labs had been founded in 1986 and was a pioneer in humanizing monoclonal antibodies. Its humanization technology was used in several monoclonal antibody drugs under licensing and collaboration agreements; such products included trastuzumab, bevacizumab, and palivizumab. It held its initial public offering in 1992 and by 1994 it had 13 compounds in its pipeline, and had partnered its lead product, the humanized monoclonal antibody daclizumab, with Roche under a license that called for a 15% royalty. Daclizumab became the first humanized monoclonal antibody approved for human use in 1997. PDL made another public offering in 2000, at the peak of the biotech IPO window that ran from 1998 to 2001. In 2003 it settled litigation with Genentech over royalty payments owed to PDL under their license agreement; annual royalties were anticipated at that time to be around $90M per year. These are the kinds of intellectual property and license agreements that PDL manages on behalf of its shareholders since 2008; in 2007 those royalty payments were around $220 million.
Total value of jobs:
$152,500
Total Jobs:
1
Average Pay:
$152,500

Facet Life Sciences Job Search in US and Canada

Get paid to dream at work: This company will pay you to nap
Sara London
The average salary of a Chipotle general manager is $100K — and they’re hiring
Kyle Schnitzer
Amazon is now hiring 75K workers — and offering some $1K bonuses
Kyle Schnitzer
Ladders / Company / Facet Life Sciences