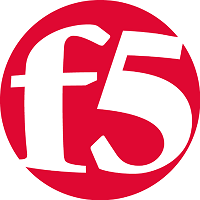 What are the highest paying jobs at F5 Networks?

F5, Inc. is an American company that specializes in application delivery networking and application security. F5 is headquartered in Seattle, Washington, with additional development, manufacturing, and administrative offices worldwide.

F5's offering was originally based on a load-balancing product, but has since expanded into a wide variety of application layer services. Its competitors include Citrix Systems and Radware.

F5 Networks Job Search in US and Canada

America falls way short, adds fewer jobs than expected in April
Kyle Schnitzer
Everything you need to know about becoming a dermatologist
Ashley Jones
These US cities will pay up to $20,000 for you to relocate—but there’s always a catch
Benjamin Lorber
Ladders / Company / F5 Networks