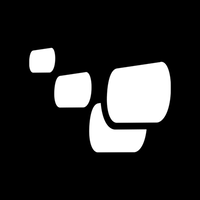 What are the highest paying jobs at ExtraHop Networks, Inc?

ExtraHop is a network detection and response provider headquartered in Seattle, Washington. ExtraHop helps organizations understand and secure their environments by analyzing all network interactions in real time and leveraging machine learning to identify threats, deliver critical applications, and secure investments in the hybrid cloud.

Jesse Rothstein and Raja Mukerji founded ExtraHop in 2007. The co-founders were

formerly senior engineers at F5 Networks and architects of the

Early on, ExtraHop acquired $6.6 million in funding from the Madrona Venture Group and other private investors including Marc Andreessen and Ben Horowitz. In May 2014, the company closed a $41 million Series C round led by Technology Crossover Ventures. Other participants in this round included existing investors Meritech Capital Partners and Madrona Venture Group, as well as private investors including Sujal Patel, former CEO and founder of Isilon Systems. This round brought ExtraHop’s total venture funding to $61.6 million.

In December 2014, the company appointed John Matthews as Chief Information Officer. In July 2016, ExtraHop brought on Arif Kareem, former president of the Fluke Networks division of Fluke Corporation, as CEO with co-founder Jesse Rothstein moving into the CTO role. In January 2017, Bryce Hein joined the company as SVP of Marketing, and in June 2017, Chris Lehman was appointed SVP of Worldwide Sales. In 2019, Bill Ruckelshaus joined the company as CFO.

ExtraHop Networks, Inc Job Search in US and Canada

Everything you need to know about becoming a dermatologist
Ashley Jones
These US cities will pay up to $20,000 for you to relocate—but there’s always a catch
Benjamin Lorber
A guide to using social media to your advantage when job hunting
Sarah Dillon
Ladders / Company / ExtraHop Networks, Inc