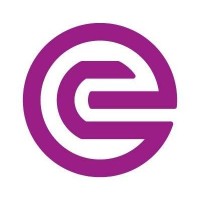 What are the highest paying jobs at Evonik Degussa Corporation?

Evonik Industries united the business areas of chemicals, energy and real estate of RAG, while mining operations continue to be carried out by RAG. Since then, the energy and real estate business areas have been divested, with no share being held in the former and a minority share still being held in the latter. Its specialty chemicals business generates around 80% of sales in areas in which it holds leading market positions. Evonik Industries employs about 37,000 people and carries out activities in more than 100 countries. The operating activities are organized into six business units which are a part of the chemicals business area. Evonik is the main sponsor of German football club Borussia Dortmund.

...with Evonik Degussa Corporation and 1000s of other companies paying $100K+

Evonik Degussa Corporation Job Search in US and Canada

Everything you need to know about becoming a dermatologist
Ashley Jones
These US cities will pay up to $20,000 for you to relocate—but there’s always a catch
Benjamin Lorber
A guide to using social media to your advantage when job hunting
Sarah Dillon
Ladders / Company / Evonik Degussa Corporation