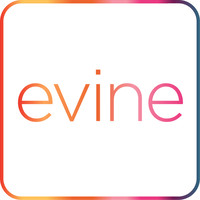 What are the highest paying jobs at Evine?

ShopHQ is an American cable, satellite and broadcast home shopping television network and multi-channel video retailer owned by iMedia Brands Inc., in which Comcast holds a 12.5% stake in the company; the company itself is controlled by The Clinton Group. Both ShopHQ and iMedia Brands are headquartered in Eden Prairie, Minnesota. The network's main competitors are Qurate's HSN and QVC, along with Jewelry Television. The channel was launched on March 12, 1991 as ValueVision.

In addition to ShopHQ, iMedia operates two other networks; ShopHQ Health, a network offering health and wellness products, and the Bulldog Shopping Network, a network which carries products for men.

Evine Job Search in US and Canada

Top Jobs at Evine by City

10 companies that offer unlimited vacation
Kyle Schnitzer
Are you angling for the C-suite? Work for Starbucks
Kyle Schnitzer
5 things to do before you land your next job
Wendi Weiner
Ladders / Company / Evine