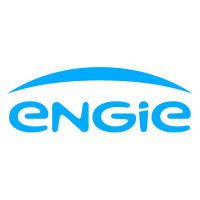 What are the highest paying jobs at Engie?

It is one of the few players in the sector to develop expert skills in both upstream and downstream activities.

The company, formed on 22 July 2008 by the merger of Gaz de France and Suez, traces its origins to the Universal Suez Canal Company founded in 1858 to construct the Suez Canal.

ENGIE is listed on the Euronext exchanges in Paris and Brussels and is a constituent of the CAC 40 and BEL20 indices.

ENGIE was headed from 2016 to 2020 by Isabelle Kocher, who has strongly transformed the company since 2016, notably by deciding to exit coal activities and by investing massively in renewable energies and energy transition services.

During its General Meeting on 14 May 2020, ENGIE's Board of Directors has approved its purpose statement which is "to act to accelerate the transition towards a carbon-neutral economy, through reduced energy consumption and more environmentally-friendly solutions".

Engie Job Search in US and Canada

Top Jobs at Engie by City

Get paid to dream at work: This company will pay you to nap
Sara London
The average salary of a Chipotle general manager is $100K — and they’re hiring
Kyle Schnitzer
Amazon is now hiring 75K workers — and offering some $1K bonuses
Kyle Schnitzer
Ladders / Company / Engie