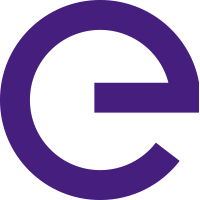 What are the highest paying jobs at Enel X?

Enel X, formerly EnerNOC, is the largest provider of demand response worldwide and products and services aimed at energy transformation at home, city and industrial level. In August 2017, EnerNOC was acquired by the Enel Group.

Enel X was first established by Timothy G. Healy and David Brewster, as EnerNOC, LLC. The latter was acquired by the Enel Group in August 2017. EnerNOC went public in 2007 on the NASDAQ stock exchange, raising US$98 million.

In August 2017, Enel Green Power North America acquired EnerNOC for over $300 million. In January 2018, EnerNOC integrated Demand Energy, the provider of the DEN.OS platform for optimizing energy storage and on-site power generation for demand-side management and microgrid deployments, which had been acquired by the Enel Group in January 2017.

Head of Operations and Delivery

Enel X Job Search in US and Canada

Head of Operations and Delivery

Is this the worst job interview question? The internet seems to think so.
CW Headley
These are the 15 highest-paying psychology jobs
Hailey Hudson
6 jobs that prepare you for side hustle success
Kyle Young
Ladders / Company / Enel X