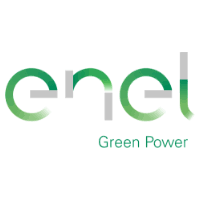 What are the highest paying jobs at Enel Green Power?

The company was formed as a subsidiary of the power generation firm Enel in December 2008. It operates in 28 countries on five continents and generates energy from hydropower, wind, solar, geothermal, and biomass sources. As of 2021, it manages a capacity of 49 GW and has over 1200 plants worldwide. From 4 November 2010 to 31 March 2016, the company was listed on the FTSE MIB index of the Milan Stock Exchange, as well as on the Madrid Stock Exchange and the Barcelona, Bilbao, and Valencia regional Stock Exchanges.

Enel Green Power was founded on 1 December 2008 to concentrate all of Enel's activities in the production of renewable energy. At the time of its establishment, Enel was the largest European company in the field of renewable energy, both in terms of installed capacity and international presence. Following its foundation, the activities of the renewable energy branch were gradually transferred to Enel Green Power; these included activities conducted via Enel Produzione SpA in Italy and assets within the possession of Enel Investment Holding abroad, including Enel Latin America BV, Erelis Enel and Endesa.

In November 2010, following Enel's acquisition of Endesa in June 2009, the company made an initial public offering of 30.8% of Enel Green Power in the Italian Stock Exchange and the Bolsa de Madrid.

Enel Green Power Job Search in US and Canada

19 examples of STAR interview questions (plus how to answer them using STAR method)
Jennifer Fabiano
Is this the worst job interview question? The internet seems to think so.
CW Headley
These are the 15 highest-paying psychology jobs
Hailey Hudson
Ladders / Company / Enel Green Power