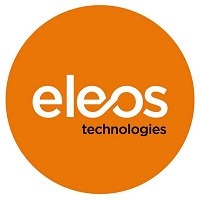 What are the highest paying jobs at Eleostech?

Rexall was a chain of American drugstores, and currently is the name of their store-branded products. The stores, having roots in the federation of United Drug Stores starting in 1903, licensed the Rexall brand name to as many as 12,000 drug stores across the United States from 1920 to 1977.

Since 1985, Rexall has also been a chain of drugstores and their store brand in Canada. Rexall Pharmacy Group is owned by the US-based McKesson Corporation, which purchased it in 2016. Rexall is also a store brand of variety store chain Dollar General. The Canadian Rexall brand is not related to the US operations. However, until about 1977, the US chain had Rexall drug-stores in Canada.
Total Jobs:
1

Eleostech Job Search in US and Canada

Top Jobs at Eleostech by City