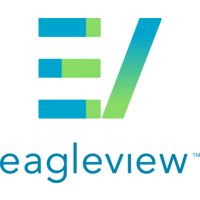 What are the highest paying jobs at EagleView Technologies?

EagleView is a technology provider of aerial imagery, data analytics and geographic information system solutions based in Bellevue, Washington in the Seattle metropolitan area with operations in Rochester, New York. The company was founded by Chris Pershing and Dave Carlson in 2008. EagleView merged with aerial imagery provider Pictometry International in 2013, was acquired by Vista Equity Partners in June 2015 and received additional funding from Clearlake Capital in 2018.

In 2008, EagleView introduced the aerial roof measurement technology., using algorithms to infer size, shape, pitch and area of the roof.

In 2012, EagleView added wall measurement reports that assess damage to siding, walls and windows to its products.

In 2014, EagleView introduced the QuickSquares report and QuickSquares app which allows contractors to create a customized estimate report including an aerial photo of the proposed property to give to the owner before a sale is made.

EagleView Technologies Job Search in US and Canada

Everything you need to know about becoming a pathologist
Ashley Jones
Get paid to dream at work: This company will pay you to nap
Sara London
The average salary of a Chipotle general manager is $100K — and they’re hiring
Kyle Schnitzer
Ladders / Company / EagleView Technologies