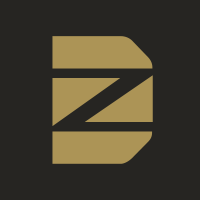 What are the highest paying jobs at Dozr?

The company also licenses and markets a line of clothing and workwear boots under its Cat / Caterpillar name.

Caterpillar machinery is recognizable by its trademark "Caterpillar Yellow" livery and the "CAT" logo.

The steam tractors of the 1890s and early 1900s were extremely heavy, sometimes weighing 1,000 pounds per horsepower, and often sank into the earth of the San Joaquin Valley Delta farmland surrounding Stockton, California. Benjamin Holt attempted to fix the problem by increasing the size and width of the wheels up to 7.5 feet tall and 6 feet wide, producing a tractor 46 feet wide, but this also made the tractors increasingly complex, expensive, and difficult to maintain.
Total value of jobs:
$270,000
Total Jobs:
2
Average Pay:
$90,000

Dozr Job Search in US and Canada

Top Jobs at Dozr by City

View All Kitchener, ON Jobs

8 high paying remote jobs you can get right now (and how to get hired there)
Sara London
7 ways to manage the effects of job search fatigue
Rolf Bax
Have you been the victim of 1 of these 7 cases of wrongful termination?
AnnaMarie Houlis
Ladders / Company / Dozr