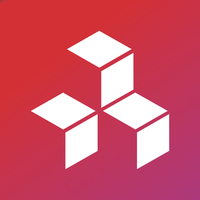 What are the highest paying jobs at Digital Management, Inc?

Digital Equipment Corporation, using the trademark Digital, was a major American company in the computer industry from the 1960s to the 1990s. The company was co-founded by Ken Olsen and Harlan Anderson in 1957. Olsen was president until forced to resign in 1992, after the company had gone into precipitous decline.

Although the company produced many different product lines over their history, they are best known for their work in the minicomputer market starting in the mid-1960s. The company produced a series of machines known as the PDP line, with the PDP-8 and PDP-11 being among the most successful minis of all time. Their success was only surpassed by another DEC product, the late-1970s VAX "supermini" systems that were designed to replace the PDP-11. Although a number of competitors had successfully competed with Digital through the 1970s, the VAX cemented the company's place as a leading vendor in the computer space.

As microcomputers improved in the late 1980s, especially with the introduction of RISC-based workstation machines, the performance niche of the minicomputer was rapidly eroded. By the early 1990s, the company was in turmoil as their mini sales collapsed and their attempts to address this by entering the high-end market with machines like the VAX 9000 were market failures. After several attempts to enter the workstation and file server market, the DEC Alpha product line began to make successful inroads in the mid-1990s, but was too late to save the company.

Digital Management, Inc Job Search in US and Canada

America falls way short, adds fewer jobs than expected in April
Kyle Schnitzer
Everything you need to know about becoming a dermatologist
Ashley Jones
These US cities will pay up to $20,000 for you to relocate—but there’s always a catch
Benjamin Lorber
Ladders / Company / Digital Management, Inc