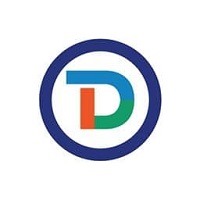 What are the highest paying jobs at Diversified Systems?

Koch Industries, Inc. is an American multinational corporation based in Wichita, Kansas. Its subsidiaries are involved in the manufacturing, refining, and distribution of petroleum, chemicals, energy, fiber, intermediates and polymers, minerals, fertilizers, pulp and paper, chemical technology equipment, ranching, finance, commodities trading, and investing. Koch owns Infor, Invista, Georgia-Pacific, Molex, Flint Hills Resources, Koch Pipeline, Koch Fertilizer, Koch Minerals, Matador Cattle Company, i360, and Guardian Industries. The firm employs 120,000 people in 60 countries, with about half of its business in the United States. The company is the largest non-Canadian landowner in the Athabasca oil sands.

With annual revenues of $110 billion by 2014, the company is the largest privately held company in the United States. In 2007, it was ranked as the largest privately held company. If Koch Industries had been a public company in 2013, it would have ranked 17th in the Fortune 500. Koch Industries was identified by the EPA in 2012 as "the single biggest producer of toxic waste in the United States."

The company was founded by its namesake, Fred C. Koch, in 1940 after he developed an innovative crude oil refining process. Fred C. Koch died in 1967 and his majority interest in the company was split amongst his four sons. In June 1983, after a bitter legal and boardroom battle, the stakes of Frederick R. Koch and William "Bill" Koch were bought out for $1.1 billion and Charles Koch and David Koch became majority owners in the company. Charles owns 42% of the company; trusts for the benefit of Elaine Tettemer Marshall, the daughter in-law of J. Howard Marshall and Anna Nicole Smith, and Elaine's children, Preston Marshall and E. Pierce Marshall Jr., own 16% of the company. The heirs of David Koch, who died on August 23, 2019, own the balance, 42%, of the corporation.

Diversified Systems Job Search in US and Canada