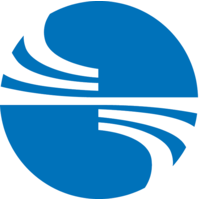 What are the highest paying jobs at Discovery Health Partners?

Discovery, Inc., formerly Discovery Communications, is an American multinational mass media company based in New York City. Established in 1985, the company primarily operates a group of factual and lifestyle television brands, such as the namesake Discovery Channel, Animal Planet, Science Channel, and TLC. In 2018, the company acquired Scripps Networks Interactive, adding networks such as Food Network, HGTV, and Travel Channel to its portfolio. Since the purchase, Discovery has described itself as serving members of "passionate" audiences.

Discovery also owns or has interests in local versions of its channel brands in international markets, in addition to its other major regional operations such as Eurosport, GolfTV, Discovery Communications Nordic, TVN Group in Poland, and a portfolio of various free-to-air channels in Germany, Italy, and the United Kingdom.
Total value of jobs:
$700,000
Total Jobs:
4
Average Pay:
$100,000
Total Experts:
2
% Masters:
33%

Discovery Health Partners Job Search in US and Canada

Use this thank you email after a phone interview to secure your next offer
Capitol Standard Staff
If you’re over 50, these are the industries that will be hiring the most
Kyle Schnitzer
Everything you need to know about becoming a lobbyist
Meredith Schneider
Ladders / Company / Discovery Health Partners