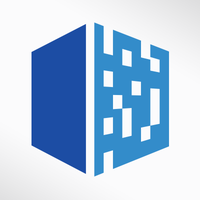 What are the highest paying jobs at Digital Realty Trust, Inc.?

The company is a member of The Green Grid and has helped pioneer concepts of energy efficient and energy conserving data center design.

The company was formed in 2004 by GI Partners, which contributed 21 data centers that it acquired through bankruptcy auctions and from distressed companies at a 20–40% discount to replacement cost.

On November 4, 2004, the company became a public company via an initial public offering. At that time, the company owned 23 properties comprising 5.6 million square feet.

In August 2006, the company acquired a property in Phoenix, Arizona for $175 million.

By March 2007, GI Partners had sold all of its shares in the company.

In January 2010, the company acquired three data centers in Massachusetts and Connecticut for $375 million.

In January 2012, the company acquired a 334,000 square foot data center near Hartsfield-Jackson Atlanta International Airport for $63 million in a leaseback transaction. The company also acquired a data center in San Francisco for $85 million.

Digital Realty Trust, Inc. Job Search in US and Canada

America falls way short, adds fewer jobs than expected in April
Kyle Schnitzer
Everything you need to know about becoming a dermatologist
Ashley Jones
These US cities will pay up to $20,000 for you to relocate—but there’s always a catch
Benjamin Lorber
Ladders / Company / Digital Realty Trust, Inc.