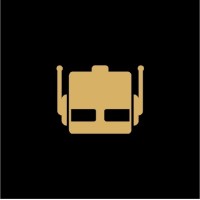 What are the highest paying jobs at Dialexa?

In a November 2014 press release, Dialexia announced the addition of WebRTC capabilities to its line of PBX software products. Founded in Montreal in 2001, the company is a member of the Board of Trade of Metropolitan Montreal.

Soon after its establishment, Dialexia released Dial-Office IP-PBX, an IP PBX platform designed as an alternative to the circuit-switched telephone network. PBX is a system that connects telephone extensions of a company to outside public telephone network as well as to mobile networks. On May 21, 2014, Dial-Office was named runner-up in the IP-PBX Servers category of WindowsNetworking.com 2013-14 Readers' Choice Awards.

In 2003, Dialexia released Dial-Gate Softswitch PBX, a web-based softswitch and billing server based on the Session Initiation Protocol. A softswitch, short for software switch, is a central device in a telecommunications network which connects telephone calls from one phone line to another, across a telecommunication network or the public Internet, entirely by means of software running on a general-purpose computer system.

Dialexa Job Search in US and Canada

Top Jobs at Dialexa by City

Is this the worst job interview question? The internet seems to think so.
CW Headley
These are the 15 highest-paying psychology jobs
Hailey Hudson
6 jobs that prepare you for side hustle success
Kyle Young
Ladders / Company / Dialexa