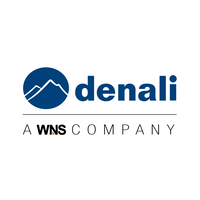 What are the highest paying jobs at Denali Group?

Denali is the highest mountain peak in North America, with a summit elevation of 20,310 feet above sea level. With a topographic prominence of 20,194 feet and a topographic isolation of 4,621.1 miles, Denali is the third most prominent and third most isolated peak on Earth, after Mount Everest and Aconcagua. Located in the Alaska Range in the interior of the U.S. state of Alaska, Denali is the centerpiece of Denali National Park and Preserve.

The Koyukon people who inhabit the area around the mountain have referred to the peak as "Denali" for centuries. In 1896, a gold prospector named it "Mount McKinley" in support of then-presidential candidate William McKinley; that name was the official name recognized by the federal government of the United States from 1917 until 2015. In August 2015, 40 years after Alaska had done so, the United States Department of the Interior announced the change of the official name of the mountain to Denali.

In 1903, James Wickersham recorded the first attempt at climbing Denali, which was unsuccessful. In 1906, Frederick Cook claimed the first ascent, but this ascent is unverified and its legitimacy questioned. The first verifiable ascent to Denali's summit was achieved on June 7, 1913, by climbers Hudson Stuck, Harry Karstens, Walter Harper, and Robert Tatum, who went by the South Summit. In 1951, Bradford Washburn pioneered the West Buttress route, considered to be the safest and easiest route, and therefore the most popular currently in use.

Denali Group Job Search in US and Canada