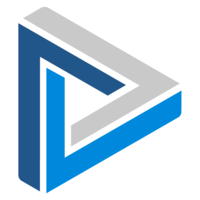 What are the highest paying jobs at Delta Project Management?

Delta Air Lines, Inc., typically referred to as Delta, is one of the major airlines of the United States and a legacy carrier. It is headquartered in Atlanta, Georgia. The airline, along with its subsidiaries and regional affiliates, including Delta Connection, operates over 5,400 flights daily and serves 325 destinations in 52 countries on six continents. Delta is a founding member of the SkyTeam airline alliance.

Delta has nine hubs, with Atlanta being its largest in terms of total passengers and number of departures. It is ranked second among the world's largest airlines by number of scheduled passengers carried, revenue passenger-kilometers flown, and fleet size. It is ranked 69th on the Fortune 500. The company slogan is "Keep Climbing."
Total value of jobs:
$535,000
Total Jobs:
5
Average Pay:
$107,000
% Masters:
50%

Delta Project Management Job Search in US and Canada

Use this thank you email after a phone interview to secure your next offer
Capitol Standard Staff
If you’re over 50, these are the industries that will be hiring the most
Kyle Schnitzer
Everything you need to know about becoming a lobbyist
Meredith Schneider
Ladders / Company / Delta Project Management