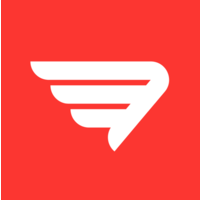 What are the highest paying jobs at Deliverr?

Deliverr is an E-commerce fulfillment company based in the United States of America. They integrate with eCommerce marketplaces, such as Walmart, eBay, Amazon, Shopify, Wish, and BigCommerce, offering two-day shipping to merchants selling on Walmart's online marketplace, and similar service with other online marketplaces.

Deliverr was co-founded in 2017 by Harish Abbott and Michael Krakaris, the latter of whom made the Forbes 30 under 30 list in 2019. They have raised multiple rounds of funding.

Deliverr Job Search in US and Canada

Top Jobs at Deliverr by City