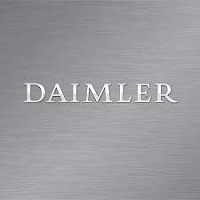 What are the highest paying jobs at Daimler AG?

Daimler AG; previously named Daimler-Benz and DaimlerChrysler; commonly known and referred to as Mercedes-Benz, or simply as Daimler) is a German multinational automotive corporation headquartered in Stuttgart, Baden-Württemberg, Germany. It is one of the world's leading car and truck manufacturers. Daimler-Benz was formed with the merger of Benz & Cie. and Daimler Motoren Gesellschaft in 1926. The company was renamed DaimlerChrysler upon acquiring the American automobile manufacturer Chrysler Corporation in 1998, and was again renamed Daimler AG upon divestment of Chrysler to Cerberus Capital Management in 2007.

As of 2014, Daimler owned or had shares in a number of car, bus, truck and motorcycle brands including Mercedes-Benz, Mercedes-AMG, Smart Automobile, Detroit Diesel, Freightliner, Western Star, Thomas Built Buses, Setra, BharatBenz, Mitsubishi Fuso, MV Agusta as well as shares in Denza, KAMAZ and BAIC Motor. The luxury Maybach brand was terminated at the end of 2012, but revived in April 2015 as "Mercedes-Maybach" versions of the Mercedes-Benz S-Class and Mercedes-Benz GLS-Class. In 2019, Daimler sold 3.3 million vehicles. By unit sales, Daimler is the thirteenth-largest car manufacturer and is the largest truck manufacturer in the world. Daimler provides financial services through its Daimler Financial Services arm. The company is a component of the Euro Stoxx 50 stock market index. In the Daimler AG complex in Stuttgart are situated the central company headquarters, Mercedes-Benz and Daimler car plants, the Mercedes-Benz Museum and the Mercedes-Benz Arena.
Total value of jobs:
$2,310,000
Average Pay:
$105,000
Total Experts:
4
% Masters:
50%

8 high paying remote jobs you can get right now (and how to get hired there)
Sara London
7 ways to manage the effects of job search fatigue
Rolf Bax
Have you been the victim of 1 of these 7 cases of wrongful termination?
AnnaMarie Houlis
Ladders / Company / Daimler AG