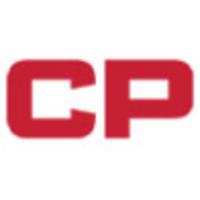 What are the highest paying jobs at Canadian Pacific Railway Limited?

Headquartered in Calgary, Alberta, it owns approximately 20,100 kilometres of track in seven provinces of Canada and into the United States, stretching from Saint John, New Brunswick to Vancouver, and as far north as Edmonton. Its rail network also serves Minneapolis–St. Paul, Milwaukee, Detroit, Chicago, and Albany, New York in the United States.

The railway was first built between eastern Canada and British Columbia between 1881 and 1885, fulfilling a commitment extended to British Columbia when it entered Confederation in 1871; it was Canada's first transcontinental railway. Primarily a freight railway, the CPR was for decades the only practical means of long-distance passenger transport in most regions of Canada, and was instrumental in the settlement and development of Western Canada. The CPR became one of the largest and most powerful companies in Canada, a position it held as late as 1975. Its primary passenger services were eliminated in 1986, after being assumed by Via Rail Canada in 1978.

Canadian Pacific Railway Limited Job Search in US and Canada