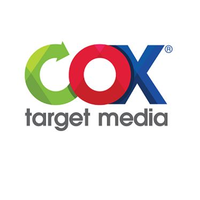 What are the highest paying jobs at Cox Target Media Inc?

Cox Media Group, Inc. is an American media conglomerate principally owned by Apollo Global Management in conjunction with Cox Enterprises, which maintains a 29% minority stake in the company. The company primarily owns radio and television stations—many of which are located in the South, Pacific Northwest, Eastern Midwest, and Northeast, and the regional cable news network Pittsburgh Cable News Channel.

Originally founded in December 2008 by Cox Enterprises through a consolidation of its existing publishing and broadcasting subsidiaries, the current incarnation of Cox Media Group was formed on December 17, 2019, through the acquisition by Apollo of the original Cox Media Group from Cox Enterprises, which transferred a controlling interest in the company to Apollo, and Northwest Broadcasting from Brian Brady.