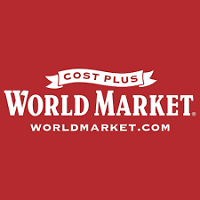 What are the highest paying jobs at Cost Plus?

Cost Plus World Market is an American chain of specialty/import retail stores, selling home furniture, decor, curtains, rugs, gifts, apparel, coffee, wine, craft beer, as well as several international food products. The brand's name originated from the initial concept, since abandoned, of selling items for "cost plus 10%". Its current headquarters are located in Alameda, California. The company was previously a subsidiary of Bed Bath & Beyond since being acquired in 2012. It was sold in 2021.

Cost Plus opened its first store at 2552 Taylor Street on Fisherman's Wharf in San Francisco, California, in 1958. This location permanently closed in 2020. Founder William Amthor discovered that San Franciscans loved imported discount retail merchandise when he sold some extra rattan furniture. Amthor operated a small family-owned furniture store in San Francisco at the time, but instead of displaying the rattan furniture in his store, he rented 4,000 square feet of warehouse space in the Fisherman's Wharf area of San Francisco. The rattan furniture sold quickly, convincing Amthor to start importing merchandise as a new business. He opened his first store devoted exclusively to imported merchandise later in 1958 and began importing wicker by the shipload.

Top Experts at Cost Plus