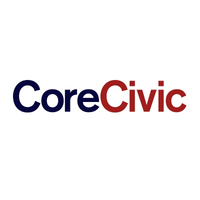 What are the highest paying jobs at CoreCivic, Inc.?

CoreCivic, formerly the Corrections Corporation of America, is a company that owns and manages private prisons and detention centers and operates others on a concession basis. Co-founded in 1983 in Nashville, Tennessee by Thomas W. Beasley, Robert Crants, and T. Don Hutto, it received investments from the Tennessee Valley Authority, Vanderbilt University, and Jack C. Massey, the founder of Hospital Corporation of America.

As of 2016, the company is the second largest private corrections company in the United States. CoreCivic manages more than 65 state and federal correctional and detention facilities with a capacity of more than 90,000 beds in 19 states and the District of Columbia.

The company's revenue in 2012 exceeded $1.7 billion. By 2015, its contracts with federal correctional and detention authorities generated up to 51% of its revenues. It operated 22 federal facilities with the capacity for 25,851 prisoners. By 2016, Corrections Corporation of America along with GEO Group were running "more than 170 prisons and detention centres". CCA's revenues in 2015 were $1.79bn.

CCA has been the subject of much controversy over the years, mostly related to apparent attempts to save money, such as hiring inadequate staff, extensive lobbying, and lack of proper cooperation with legal entities to avoid repercussions. CCA rebranded itself as CoreCivic amid the ongoing scrutiny of the private prison industry.

CoreCivic, Inc. Job Search in US and Canada

These are the industries that hire the most Harvard Business School grads
Meredith Schneider
These are the 5 college majors that will make you a top earner for life
CW Headley
These people will get hired in 2021
Kyle Schnitzer
Ladders / Company / CoreCivic, Inc.