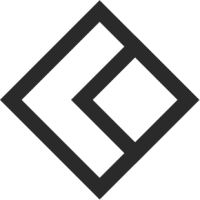 What are the highest paying jobs at Common?

Common is an American coliving company founded in 2015 and headquartered in New York City. Brad Hargreaves is the company's CEO and founder. As of June 2020, Common manages 48 multifamily buildings in nine cities across the U.S.: New York, Jersey City, Los Angeles, San Francisco, Chicago, Washington, D.C., Seattle, Philadelphia, and Fort Lauderdale. The company has plans to expand to 22 cities across the globe, and has 15,000 beds signed and under development.

In March 2019, Common partnered with New York real-estate developer Tishman Speyer to launch the brand Kin, whose "buildings will feature playrooms, family-size units and on-demand child care through an internal mobile app that also helps connect families looking to share nannies and babysitters." In May 2020, Common announced the launch of Noah, a workforce housing brand. Noah operates “Class B and C multifamily buildings where renters earn 40 percent to 80 percent of the area median income” and as of March 2020, is operating “500 units over five properties in Hampton Roads and Winchester, Virginia.”

From 2015 to 2017, Common raised $63.35 million in funding. The latest Series C funding round led by Norwest Venture Partners raised $40 million.

Common Job Search in US and Canada

Top Jobs at Common by City

Is this the worst job interview question? The internet seems to think so.
CW Headley
These are the 15 highest-paying psychology jobs
Hailey Hudson
6 jobs that prepare you for side hustle success
Kyle Young
Ladders / Company / Common