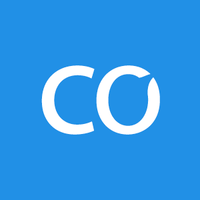 What are the highest paying jobs at Comeet?

On June 29, 2015, Metro-Goldwyn-Mayer and the Sinclair Broadcast Group's broadcasting and programming subsidiary Sinclair Television Group, Inc. announced the expected 4th quarter launch of the then-unnamed science fiction network. Sinclair chief operating officer David Amy, in announcing the partnership, noted that MGM "has an extensive collection of science fiction films and television movies that appeal to a vast audience who will now be able to access that content through broadcast television". Sinclair tapped its television stations in many of the 79 markets where the company owned or operated a broadcasting property at the time of the announcement to serve as the network's initial charter affiliates. On August 5, 2015, in its financial report for the second fiscal quarter, Sinclair Broadcast Group announced that the new network would be named Comet.

Comeet Job Search in US and Canada

Top Jobs at Comeet by City

Is this the worst job interview question? The internet seems to think so.
CW Headley
These are the 15 highest-paying psychology jobs
Hailey Hudson
6 jobs that prepare you for side hustle success
Kyle Young
Ladders / Company / Comeet