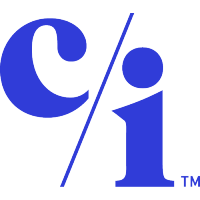 What are the highest paying jobs at Collective[i]?

The Collective was founded in 1997 by brothers Douglas and Richard Hare, together with Gary Priest, upon leaving Virgin Interactive. Works by The Collective include Star Trek: Deep Space Nine: The Fallen, Buffy the Vampire Slayer, Indiana Jones and the Emperor's Tomb, Marc Ecko's Getting Up: Contents Under Pressure, The Da Vinci Code and Dirty Harry.

On March 29, 2005, it was announced that The Collective was merging with Backbone Entertainment, another game developer, to form Foundation 9 Entertainment. The Collective's Douglas Hare, Richard Hare and Gary Priest became the new company's co-president, chief creative officer and co-chairman, respectively. On October 9, 2007, Foundation 9 announced that The Collective were being merged with another subsidiary, Shiny Entertainment; both studios had relocated their teams to new 60,000-square-foot offices in Irvine, California, from where the merged company would operate under the lead of Shiny's Michael Persson. In March 2008, the new studio was named Double Helix Games.
Total value of jobs:
$1,130,000
Total Jobs:
6
Average Pay:
$141,250
Total Experts:
1
% Masters:
83%

Collective[i] Job Search in US and Canada

Top Jobs at Collective[i] by City