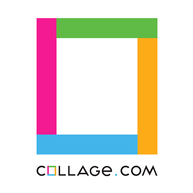 What are the highest paying jobs at Collage.com?

CollegeHumor is an internet comedy company based in Los Angeles. Aside from producing content for release on YouTube, it was also a former humor website owned by InterActiveCorp until January 2020 when IAC withdrew funding and the website shut down. Since then, CollegeHumor has continued to release content on YouTube and on its streaming service, Dropout. The site featured daily original humor videos and articles created by its in-house writing and production team, in addition to user-submitted videos, pictures, articles and links. It was created by Josh Abramson and Ricky Van Veen in 1999. CollegeHumor is operated by CH Media, which also operates Dorkly.com and Dropout.tv in addition to CollegeHumor, and formerly operated Drawfee.com.

Many of its staff also operated the sister website Dorkly, centering on fandoms and video game parodies in the vein of CollegeHumor before the site ceased publication of new articles in January 2019. Like CollegeHumor, despite the website shutting down, Dorkly continues to release new original content on YouTube, now in collaboration with Lowbrow Studios.

Collage.com Job Search in US and Canada

Top Jobs at Collage.com by City

These are the industries that hire the most Harvard Business School grads
Meredith Schneider
These are the 5 college majors that will make you a top earner for life
CW Headley
These people will get hired in 2021
Kyle Schnitzer
Ladders / Company / Collage.com