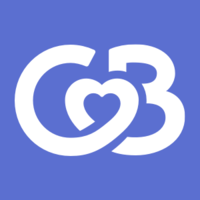 What are the highest paying jobs at coffee meets bagel?

Coffee Meets Bagel was created by three sisters: Arum, Dawoon, and Soo Kang. The app was launched in New York City on April 17, 2012.

In September 2012, the company announced that it had raised seed funding of $600,000 led by Lightbank, with Match.com co-founder Peng T. Ong also investing.

In January 2015, Coffee Meets Bagel was featured on Shark Tank.

In February 2015, the company announced a $7.8 million Series A financing round led by existing investor DCM Ventures.

In May 2018, the company raised $12 million in Series B funding led by Atami Capital.

In February 2019, Coffee Meets Bagel acknowledged that an attacker had stolen "a partial list of user details, specifically names and email addresses", between late 2017 and mid-2018. Outside reporting indicated that as many as 6,174,513 accounts may have been affected, and that other details including age and gender may have been taken as well.

Features of the Coffee Meets Bagel app include limiting the number of profiles users can interact with each day and offering ice-breaker information for matches. In 2020, Coffee Meets Bagel added video virtual speed dating in response to the COVID-19 pandemic.

coffee meets bagel Job Search in US and Canada