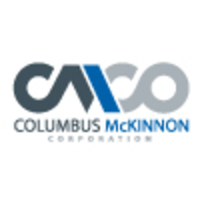 What are the highest paying jobs at Columbus McKinnon?

The company is America's largest supplier of hydraulic drive systems for industrial cranes and hoists. It is also the world's largest independent builder of digital motion control systems for elevators, holding this position by designing and manufacturing motion control subsystems. The company's mining division focuses on coal mining by building a hydraulic drive system that enables mining equipment to recover coal for refinement to produce "clean coal" energy.

Columbus McKinnon Job Search in US and Canada

Everything you need to know about becoming a pathologist
Ashley Jones
Get paid to dream at work: This company will pay you to nap
Sara London
The average salary of a Chipotle general manager is $100K — and they’re hiring
Kyle Schnitzer
Ladders / Company / Columbus McKinnon