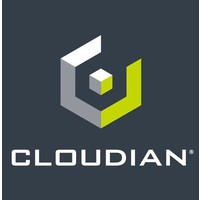 What are the highest paying jobs at Cloudian?

Cloudian was launched in 2011 by CEO Michael Tso and President Hiroshi Ohta.

Cloudian announced a partnership with Lenovo in June 2016 to sell an appliance in Lenovo's StorSelect line: the DX8200C powered by Cloudian. In August 2016, Cloudian's HyperStore software was made available via the Amazon Web Services Marketplace.

Cloudian Job Search in US and Canada

Top Jobs at Cloudian by City

You have a “great” job offer… now what?
Kayla Duperreault
Do personality tests make it harder to hire the right person?
Sara London
19 examples of STAR interview questions (plus how to answer them using STAR method)
Jennifer Fabiano
Ladders / Company / Cloudian