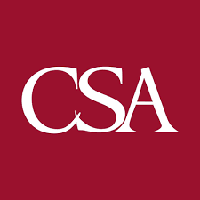 What are the highest paying jobs at Client Solution Architects?

The CSA Group is a standards organization which develops standards in 57 areas. CSA publishes standards in print and electronic form, and provides training and advisory services. CSA is composed of representatives from industry, government, and consumer groups.

CSA began as the Canadian Engineering Standards Association in 1919, federally chartered to create standards. During World War I, lack of interoperability between technical resources led to the formation of a standards committee.

CSA is accredited by the Standards Council of Canada, a crown corporation which promotes voluntary standardization in Canada. This accreditation verifies that CSA is competent to carry out standards development and certification functions, and is based on internationally recognised criteria and procedures.

The CSA registered mark shows that a product has been independently tested and certified to meet recognized standards for safety or performance.

Client Solution Architects Job Search in US and Canada

6 jobs that prepare you for side hustle success
Kyle Young
This is what work will look like in 2030, and it isn’t pretty
Kyle Schnitzer
The 7 highest-paying entry-level jobs
Hailey Hudson
Ladders / Company / Client Solution Architects