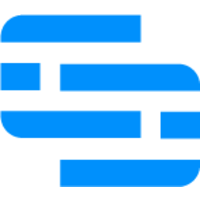 What are the highest paying jobs at Clear Software?

Cape Clear is a vendor of ESB software, founded in 1999.

Cape Clear was a spin-off from IONA Technologies. and was a privately held firm with headquarters in San Mateo, California, US, and offices in Atlanta, Chicago, Denver and Waltham, US; Dublin, Ireland; and London, UK.

In November 2000, Cape Clear acquired Orbware-a privately held UK-based software company founded in 1999 who were a Java EE licensee and whose OrCAS Enterprise Server product was a compact and high-performance implementation of the Enterprise JavaBean and Java EE specifications.

Cape Clear was identified as one of the leading ESB vendors by Forrester Research in July 2006.

On 2008-02-06, Workday, Inc announced that it had reached a definitive agreement to purchase Cape Clear.