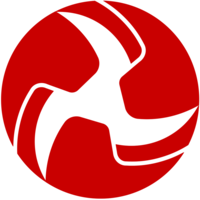 What are the highest paying jobs at Clarke Industrial Engineering?

Clark Material Handling Company is a manufacturer of forklift trucks based in Lexington, Kentucky. The company has a production plant in Changwon, South Korea. Clark currently offers some 304 different models. According to the company, there are some 350,000 Clark forklift trucks currently in operation around the world. Clark is credited with having invented the world's first truck with a hydraulic lifting mechanism in 1920, the Truclift, the forerunner to modern forklift trucks.

The company started as a manufacturer of transmissions and axles for the automobile industry. Since 2003, Clark has been owned by the Young An Hat Company of Korea.
Total Jobs:
1
% Masters:
25%

Clarke Industrial Engineering Job Search in US and Canada

6 jobs that prepare you for side hustle success
Kyle Young
This is what work will look like in 2030, and it isn’t pretty
Kyle Schnitzer
The 7 highest-paying entry-level jobs
Hailey Hudson
Ladders / Company / Clarke Industrial Engineering