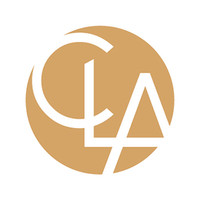 What are the highest paying jobs at CliftonLarsonAllen?

CliftonLarsonAllen LLP is a professional services network and the eighth largest accountancy firm in the United States. It was established in 2012 with the merger of two U.S. firms: Clifton Gunderson LLP and LarsonAllen LLP. It is a member of the Nexia International accounting network.

Clifton Gunderson LLP was the 14th largest accounting firm in the U.S. in 2010, and the largest member firm of HLB International until it left that network in 2012 after the merger with LarsonAllen. The merger occurred January 2, 2012. The decision to affiliate to Nexia rather than HLB International was taken after the merger. Kris McMasters and Gordy Viere became the first co-CEOs of CLA, with Viere also serving as the CEO of CLA Holdings. McMasters retired April 1, 2013, leaving Viere as sole CEO. Denny Schleper became the CEO of CLA in January 2015 after Viere retired.

In September 2013, CLA agreed to pay a $35,100,000 settlement on the audit of the City of Dixon, Illinois. CLA had performed the audit for many years, but CLA had failed to recognize fraud committed by the city's controller Rita Crundwell that amounted to nearly $54 million. In addition, the firm was fined by the Illinois Department of Financial and Professional Regulation.

CliftonLarsonAllen Job Search in US and Canada

Top Jobs at CliftonLarsonAllen by City

Get paid to dream at work: This company will pay you to nap
Sara London
The average salary of a Chipotle general manager is $100K — and they’re hiring
Kyle Schnitzer
Amazon is now hiring 75K workers — and offering some $1K bonuses
Kyle Schnitzer
Ladders / Company / CliftonLarsonAllen