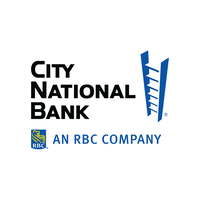 What are the highest paying jobs at City National Corporation?

National City Corporation was a regional bank holding company based in Cleveland, Ohio, USA, founded in 1845; it was once one of the ten largest banks in America in terms of deposits, mortgages and home equity lines of credit. Subsidiary National City Mortgage is credited for doing the first mortgage in America. The company operated through an extensive banking network primarily in Ohio, Illinois, Indiana, Kentucky, Michigan, Missouri, Pennsylvania, Florida, and Wisconsin, and also served customers in selected markets nationally. Its core businesses included commercial and retail banking, mortgage financing and servicing, consumer finance, and asset management. The bank reached out to customers primarily through mass advertising and offered comprehensive banking services online. In its last years, the company was commonly known in the media by the abbreviated NatCity, with its investment banking arm even bearing the official name NatCity Investments.

In 2007, National City Corp. ranked number 188 on the Fortune 500 list, and 9th in terms of revenue in the U.S. commercial banking industry with total assets of about $140 billion.

PNC Financial Services announced October 24, 2008, its purchase of National City for about $5.2 billion in stock with funds from the U.S. Treasury. At the time of the acquisition, National City had been the 7th largest bank in the United States, two spots ahead of acquirer PNC. The deal was finalized on December 31, 2008, and the National City name was retired on June 14, 2010.

City National Corporation Job Search in US and Canada