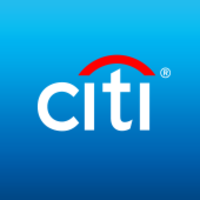 What are the highest paying jobs at Citigroup Inc?

Citigroup Inc. or Citi is an American multinational investment bank and financial services corporation headquartered in New York City. The company was formed by the merger of banking giant Citicorp and financial conglomerate Travelers Group in 1998; Travelers was subsequently spun off from the company in 2002. Citigroup owns Citicorp, the holding company for Citibank, as well as several international subsidiaries. Citi is incorporated in New York.

Citigroup is the third largest banking institution in the United States; alongside JPMorgan Chase, Bank of America, and Wells Fargo, it is one of the Big Four banking institutions of the United States. It is a systemically important financial institution and is on the list of systemically important banks that are commonly cited as being too big to fail. It is one of the nine global investment banks in the Bulge Bracket.

Citigroup is ranked 30th on the Fortune 500 as of 2019. Citigroup has over 200 million customer accounts and does business in more than 160 countries. It has 204,000 employees, although it had 357,000 employees before the financial crisis of 2007–2008, when it was bailed out by a massive stimulus package from the U.S. government.

Citigroup announced in September 2020 that the CEO Michael Corbat is to retire in February 2021 and Jane Fraser to become the first woman CEO of a major Wall Street bank.

Citigroup Inc Job Search in US and Canada

Have you been the victim of 1 of these 7 cases of wrongful termination?
AnnaMarie Houlis
The job market is looking shockingly good for the Class of 2021
CW Headley
These are the 50 best companies in the world to work for right now
Kyle Schnitzer
Ladders / Company / Citigroup Inc