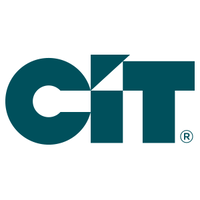 What are the highest paying jobs at CIT Group Inc?

CIT provides financing, leasing, and advisory services principally to middle-market companies and small businesses in a wide variety of industries, primarily in North America. CIT also provides banking and related services to commercial and individual customers through its banking subsidiary, CIT Bank, which includes over 60 branches located in Southern California and a direct bank.

As of 2020, the company is ranked 732th on the Fortune 1000 list of the largest American companies and is on the list of largest banks in the United States.

CIT filed for bankruptcy protection on November 1, 2009, and with the consent of its bondholders, emerged from bankruptcy 38 days later, on December 10, 2009. In August 2015, CIT Group acquired OneWest Bank, a regional bank based in Southern California.

CIT Group Inc Job Search in US and Canada

Get paid to dream at work: This company will pay you to nap
Sara London
The average salary of a Chipotle general manager is $100K — and they’re hiring
Kyle Schnitzer
Amazon is now hiring 75K workers — and offering some $1K bonuses
Kyle Schnitzer
Ladders / Company / CIT Group Inc