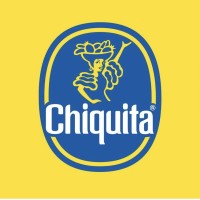 What are the highest paying jobs at Chiquita Brands International?

Chiquita is the successor to the United Fruit Company. It was formerly controlled by American businessman Carl H. Lindner, Jr., whose majority ownership of the company ended when Chiquita Brands International exited a prepackaged Chapter 11 bankruptcy on 19 March 2002. In 2003, the company acquired the German produce distribution company, Atlanta AG. Fresh Express salads was purchased from Performance Food Group in 2005. Chiquita's former headquarters were located in Charlotte, North Carolina.

On 10 March 2014, Chiquita Brands International Inc. and Fyffes plc announced that the Boards of Directors of both companies unanimously approved a definitive agreement under which Chiquita will combine with Fyffes, in a stock-for-stock transaction that is expected to result in Chiquita shareholders owning approximately 50.7% of ChiquitaFyffes and Fyffes shareholders owning approximately 49.3% of the proposed ChiquitaFyffes, on a fully diluted basis. The agreement would have created the largest banana producer in the world and would have been domiciled in Ireland. An intervening offer by Brazilian companies Cutrale and Safra Group of $611 million in August 2014 was rejected by Chiquita, with the company saying it would continue with its merger with Fyffes. On 24 October, Chiquita announced that the shareholders at a Company Special Meeting had rejected the merger with Fyffes. Instead the Cutrale-Safra acquisition offer was then accepted by the shareholders.
Total value of jobs:
$7,480,000
Total Jobs:
2
Average Pay:
$136,000
Total Experts:
1
% Masters:
50%

Chiquita Brands International Job Search in US and Canada

These are the 15 highest-paying psychology jobs
Hailey Hudson
6 jobs that prepare you for side hustle success
Kyle Young
This is what work will look like in 2030, and it isn’t pretty
Kyle Schnitzer
Ladders / Company / Chiquita Brands International