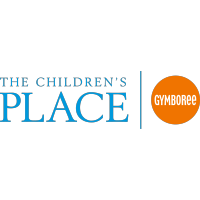 What are the highest paying jobs at The Childrens Place?

As of October 31, 2015, the Company operated 955 stores in the United States, Canada and Puerto Rico, an online store at www.childrensplace.com, and had 90 international stores open and operated by its franchise partners in 12 countries.

The company was founded in 1969. It was acquired by Federated Department Stores in 1981. After Campeau Corporation acquired Federated, they sold The Children's Place to a group led by Joseph Sitt in 1988. They became publicly traded on the NASDAQ exchange in 1997 under the ticker symbol PLCE.

Between 2004 and 2007, the company owned and operated 335 Disney Stores through a subsidiary Hoop Holdings/Hoop Retail Stores LLC. Disney sold the chain for the cost of inventory to Children's Place subsidiary Hoop Holdings plus a 15-year licensing agreement. Mario Ciampi, senior vice president of store development and logistics, was named Hoop/Disney Store North America president. The company agreed to pump $100 million in operation upgrades and remodeling. Under the licensing agreement, a "royalty holiday" period existed until October 2006 to allow revamping of the stores. The royalty thereafter was 5% of store sales while online sales get Disney a 9% to 10% royalty. Hoop Holdings was able to write off the cost of the equipment and property received in the purchase.

Top Experts at The Childrens Place

High-Paying Jobs at The Childrens Place

The Childrens Place Job Search in US and Canada

Top Jobs at The Childrens Place by City

Everything you need to know about becoming a pathologist
Ashley Jones
Get paid to dream at work: This company will pay you to nap
Sara London
The average salary of a Chipotle general manager is $100K — and they’re hiring
Kyle Schnitzer
Ladders / Company / The Childrens Place