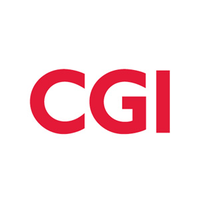 What are the highest paying jobs at CGI Group?

CGI originally stood for "Conseillers en gestion et informatique". CGI went public in 1986 with a primary listing on the Toronto Stock Exchange. CGI is also a constituent of the S&P/TSX 60, and has a secondary listing on the New York Stock Exchange. After almost doubling in size with the 1998 acquisition of Bell Sygma, CGI acquired IMRGlobal in 2001 for $438 million, which added "global delivery options" for CGI. Other significant purchases include American Management Systems for $858 million in 2004, which grew CGI's presence in the United States, Europe and Australia and led to the formation of the CGI Federal division.

CGI Federal's 2010 acquisition of Stanley, Inc. for $1.07 billion almost doubled CGI's presence in the United States, and expanded CGI into defense and intelligence contracts. In 2012, CGI acquired Logica for $2.7 billion Canadian, making CGI the fifth-largest independent business processes and IT services provider in the world, and the biggest tech firm in Canada. In 2016, CGI had assets worth CAD $20.9 billion, annual sales of $10.7 billion, and a market value of $9.6 billion. As of 2017 CGI is based in forty countries with around 400 offices, and employs approximately 70,000 people. As of March 2015, Canada made up 15% of CGI's client base revenue, and 29% originated from the United States, while around 40% of their commissions came from Europe, and the remaining 15% derived from locales in the rest of the world.

CGI Group Job Search in US and Canada