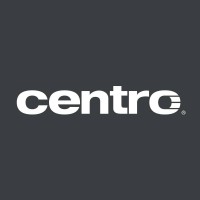 What are the highest paying jobs at Centro?

Centro, Inc. is a provider of trading and media operations software for digital advertisers. Advertisers use Centro's software, Basis, for digital media planning and buying, ad operations, and finance and reconciliation. The company was founded by Shawn Riegsecker in 2001. Centro has received awards for company culture and for being a best place to work in the advertising and media industry, in the U.S., in Chicago and in New York. Centro also has clients in Canada, Mexico, South America, and Europe.

Based in Chicago, Illinois, Centro was founded in 2001 by Shawn Riegsecker.

In December 2010, Centro raised $22.5 million in a venture capital funding round led by FTV Capital.

In May 2012, Centro launched Centro Brand Exchange, an ad marketplace for unsold inventory.

In April 2013, Centro was named the #1 Best Company to Work by Crain's Chicago for the third consecutive year.

Centro Job Search in US and Canada

Top Jobs at Centro by City