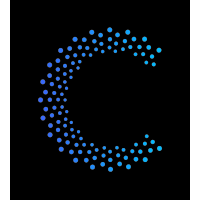 What are the highest paying jobs at Centauri?

Bohemia Interactive a.s. is a Czech video game developer and publisher based in Prague. The company focuses on creating military simulation games such as Operation Flashpoint: Cold War Crisis and the ARMA series. It is also known for having worked on a game conversion of the DayZ mod created for ARMA 2.

Founded by Marek Špan?l in May 1999, the studio released its first game in 2001, a military shooter titled Operation Flashpoint: Cold War Crisis, which received critical acclaim and brought recognition for the studio. Following Operation Flashpoint was a series of downturns, such as porting the game to Xbox, which led to financial losses and the development of a sequel later abandoned by the publisher Codemasters. The studio fell into financial troubles until the United States Marine Corps employed the studio to create simulation games to train soldiers. A new division called Bohemia Interactive Simulations was created, and later spun off and became a standalone business entity. Following Codemasters' decision of not supporting the studio, Bohemia Interactive decided to develop a spiritual successor to Cold War Crisis titled ARMA: Armed Assault. It was both a critical and financial success, spawning a number of sequels. Smaller projects such as Take On Helicopters were also released.

Centauri Job Search in US and Canada

Top Jobs at Centauri by City

Get paid to dream at work: This company will pay you to nap
Sara London
The average salary of a Chipotle general manager is $100K — and they’re hiring
Kyle Schnitzer
Amazon is now hiring 75K workers — and offering some $1K bonuses
Kyle Schnitzer
Ladders / Company / Centauri