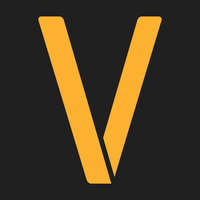 What are the highest paying jobs at Cava Grill?

Cava is a privately held Mediterranean fast casual restaurant chain with locations across the United States. Cava is owned by Cava Group, which also owns Zoës Kitchen. The combined company is the largest restaurant operator in the Mediterranean category in the U.S. restaurant industry. Cava also produces a line of Mediterranean dips, spreads and dressings that are sold in grocery stores across the US.

In 2006, first-generation Greek Americans Ted Xenohristos, Ike Grigoropoulos, and Dimitri Moshovitis launched the full-service Cava Mezze restaurant in Rockville, Maryland, with Moshovitis as executive chef. Following the launch of four additional restaurants, in 2008, Xenohristos, Grigoropoulos, and Moshovitis launched a line of dips and spreads to over 200 stores, including Whole Foods Market. In 2009, Brett Schulman joined them as CEO and co-founder of the fast-casual chain Cava. They opened the first Cava restaurant in Bethesda, Maryland, in January 2011.

Cava was named one of the world's 50 most innovative companies by Fast Company in 2018. Fishbowl Analytics named Cava Grill its top emerging restaurant brand in 2019. Since 2018, Cava has been offering its employees paid time off to vote. In the 2020 presidential election, Cava offered free meals to poll workers in all of its locations. During the Covid-19 pandemic, Cava launched a program called Feeding Families where, for every family meal sold, they donate another to the family of a first responder.

19 examples of STAR interview questions (plus how to answer them using STAR method)
Jennifer Fabiano
Is this the worst job interview question? The internet seems to think so.
CW Headley
These are the 15 highest-paying psychology jobs
Hailey Hudson
Ladders / Company / Cava Grill