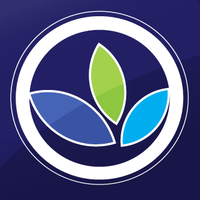 What are the highest paying jobs at Catapult Learning, Inc?

Catapult Learning, Inc. is a provider of K?12 contracted instructional services to public and private schools in the United States. The company’s portfolio of products and services includes intervention, professional development, school improvement, assessment, dropout prevention and recovery, alternative education, and special education programs. The firm is headquartered in Camden, New Jersey and serves over 300,000 students and 25,000 teachers in 39 states.

Catapult Learning was founded in Philadelphia, Pennsylvania, in 1976 under the name READS as an educational services business for private and religious schools. The company was co-founded by Stephen K. Freeman, who was the Executive Director. and later be President and CEO, serving in that role until 2011. READS was acquired in 1995 by Sylvan Learning Systems, Inc., and the company’s name was changed to Sylvan Education Solutions. In 2003, Sylvan sold its K?12 businesses to Apollo Management LP, which formed Educate Inc.

These are the 15 highest-paying psychology jobs
Hailey Hudson
6 jobs that prepare you for side hustle success
Kyle Young
This is what work will look like in 2030, and it isn’t pretty
Kyle Schnitzer
Ladders / Company / Catapult Learning, Inc